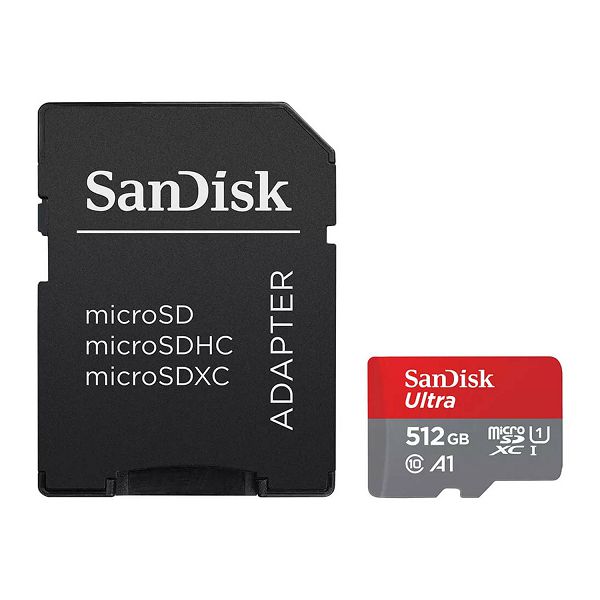 This card also supportS the Application Performance Class 1 (A1) rating, which allows the card to manage random read input-output access per second (IOPS) operations, so it can quickly open apps and process accompanying tasks, such as audio, graphics, saved profiles, and in-app permissions. Built and tested to withstand harsh environments, SanDisk's 512GB Ultra UHS-I microSDXC Memory Card is protected against water, temperature extremes, x-rays, magnets, and shock. Additionally, the SanDisk Memory Zone software is available as a free download and will help users manage your photos, videos, and files, whether they are on their phone, their memory card, or in the cloud.